Directed by Maggie Betts
An illuminating study of religious zeal set in a cloistered convent in Tennessee in the 1960s.

In 1964, Cathleen Harris (Margaret Qualley), a very serious 17 year old who treasures solitude, decides to enter the Sisters of the Blessed Rose monastery, much to the shock and dismay of her non-religious mother Nora (Julianne Nicholson), who has raised her alone since she was abandoned by an abusive husband.

When asked why she wants to live in this cloistered convent in Tennessee, Cathleen states that she is in love with God. The other teenage girls entering the religious life at the same time respond in different ways to their new routines, the challenges of chastity, and the rigorous discipline demanded of them. 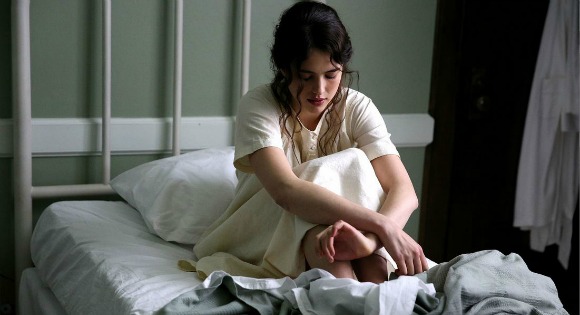 The Reverend Mother (Melissa Leo) acts like a drill sergeant barking orders and tormenting young soldiers in order to prepare them for battle. In several scenes, she humiliates the aspiring nuns and grows tired of criticism from Sister Mary Grace (Dianna Agron), who does not accept her authoritarian practices. The younger nun and the archbishop (Denis O'Hare) are perplexed as to why the Reverend Mother refuses to share the changes that the Second Vatican Council has set in motion, including a more collegial style of governance, a clear advocacy of the principle of religious freedom, disapproval of rigorous self-inflicted punishments for sin, and the order that nuns give up their habits. 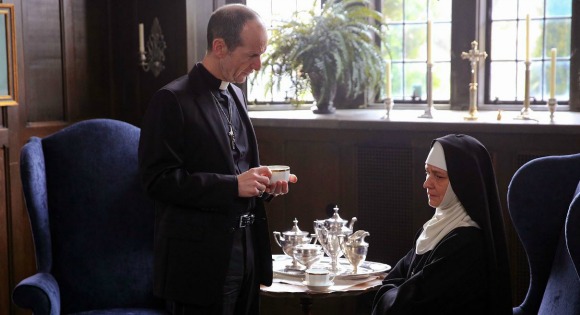 Writer and director Maggie Betts has fashioned this sensitive and compelling drama as a coming-of-age story. As a teenager, Cathleen is comfortable with long periods of prayer and silent meditation. She is happy to be accepted into novitiate training, but sad when her spiritual director decides to leave the convent. Cathleen's love for Jesus leads to scenes of masturbation, after which she feels compelled to beat herself with a small whip made of knotted rope called "the discipline." And when her dedication leads to a physical and mental breakdown, this zealous nun seeks a forbidden friendship with another nun who is also yearning for true human connection.

As they prepare to take their religious vows, Cathleen and the other "Roses" are asked "What do you seek? What do you desire?" The answers speak volumes about the attractions and challenges of the religious life.

At the end of Novitiate, we learn that 90, 000 women left the Catholic Church after the reforms of Vatican II. Some have remained committed though not necessarily in traditional ways. These books cover some of their stories: