Directed by Various Directors
A joyous collection of portraits of immigrant experiences inspired by true stories.

Like cliffs worn to their beauty by the pounding of the sea, if we can hold each other up, all that will be left will be wonder and joy.
— Mark Nepo in Reduced to Joy

We feel a collective flinch across the United States when we read or hear about the fear, the homesickness, the pain, and the suffering of families pushed out of their homelands because of violence, who have then been stopped at the U.S. border and even separated from their children. Those seeking asylum are forced to wait months, if not years, in detention facilities because of the punishing nature of the immigration system.

That's why, as spiritual commentators on cultural, religious, political, and societal developments, we found ourselves welcoming with wonder and joy the stories of people holding others up in Little America. This series of eight half-hour dramas, all set in 2003 and inspired by true stories, is streaming on AppleTV+. It has already been renewed for a second season.

"The stories are very personal, and the stakes are hopefully universal. 'I want to provide a better home for my family'; 'I want to fit in at a new school.' These kinds of themes and storylines are what we were chasing, and the fact that they were with people that are so rarely front and center was something that really excited us."

We were very excited by the diversity of the characters, the differences in their backgrounds, and their varied experiences of life in the United States. We also appreciated the up-beat nature of the stories and the fact that we were updated on what has happened to the real people behind them at the end of the episodes. 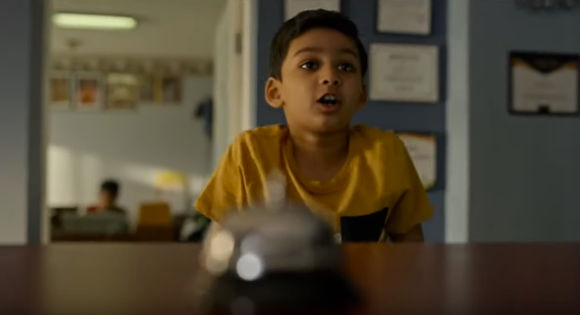 In the first story, "The Manager," twelve-year-old Kabir (Ishan Gandhi) is shocked when his parents ask him to run their motel in Utah while they return to India to renew their papers. Precocious, responsible, and gifted, he not only keeps the motel afloat through his teen years, he (Eshan Inamdar) wins the National Spelling Bee. At the White House, he boldly asks Laura Bush to help his parents. From his experiences, we realize that many immigrant children are forced by circumstances beyond their control to grow up too fast and in the process to lose their precious childhood. 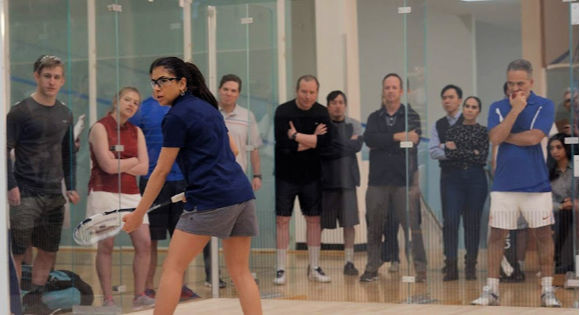 In "The Jaguar," we meet Marisol (Jearnest Corchado), a poverty-stricken undocumented Mexican teenager who lives with her sister and her mother, who cleans houses to support them. Like many youngsters who find themselves in a school where she doesn't seem to fit in, she uses her anger, rebelliousness, and sarcasm as a shield. She has not found anything to draw out her passion until she is taken under the wings of a kindly and tough coach (John Ortiz) who sees in her the heart of a fierce squash player. Her life is transformed by the vision and the caring nature of this person who believes in her. For some who feel lost and lonely in America, that is all it takes.

Culture shock occurs when the familiar psychological cues that help an individual function in society are suddenly withdrawn and replaced by new ones that are strange or incomprehensible.
— Alvin Toffler, social critic

Many energetic and imaginative American boys identified with cowboys when they were growing up. These strong-willed heroes of the West found their own ways in the world; for many boys they symbolized strength and individuality. That's also true for Iwegbuna (Conphidance), who grew up in his home country, Nigeria, watching cowboy pictures with his family. Now a student at a college in Oklahoma, he has trouble fitting in with his peers who find him too aggressive. He also struggles with homesickness and is sad to be separated from his family. Donning a cowboy hat and boots, he gives a talk to other immigrants in his English class criticizing Americans' addiction to beef hamburgers. Now riding tall in his saddle, Iweghuana moves on to pursue an economics degree and lands a teaching assistantship.

Those who did come had the imagination to dream of a better life, the ingenuity and perseverance to make the journey, and the strength to endure harsh conditions, to survive and adapt, sometimes to flourish.
— Joan Morrison, social science journalist 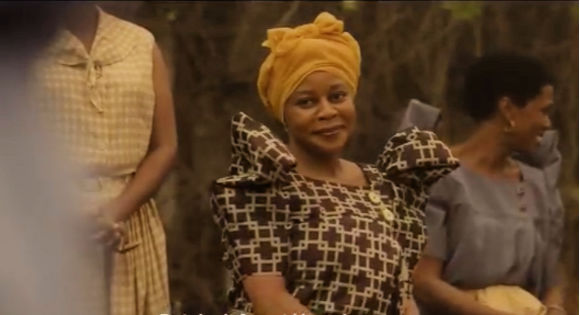 Other stories convey the rich smorgasbord of emotions experienced by immigrants, including a homosexual forced to flee Syria, an Ugandan woman who finds fulfillment and is able to support herself and her child by founding her own cookie business, a French woman attending a meditation retreat who has an unexpected encounter, and a single mother from Singapore wins a cruise to Alaska for herself and her two children, a trip that brings up memories of how she came to America as a child. These stories show us that it takes a lot of courage to flee terror, to tell one's scary stories, to have the courage to seek help when dealing with pain and suffering, and to depend on the kindness and encouragement of others to get by. In many cases, it takes perseverance to work through these emotional challenges. At every stage of their journeys, these immigrants have to adapt themselves to new situations which call upon their instincts, imaginations, gifts, and talents

Many media stories about today's immigrants emphasize their vulnerability, their suffering under a toxic immigration system, and their life under the cloud of possible deportation. Without ignoring that side of the picture, we can also look for positive portraits that give us hope. Little America celebrates such accomplishments. As Joan Morrison, a social science journalist, puts it: "Those who did come had the imagination to dream of a better life, the ingenuity and perseverance to make the journey, and the strength to survive and adapt, sometimes to flourish!

FAQs about Immigration
Our friends at ReadtheSpirit.com alerted us to this helpful guide: "100 Questions & Answers about Immigrants to the US." This resource is part of the Michigan State University School of Journalism series on cultural competence.

A Prayer in Support of Immigration
This brief prayer is from our "Praying the News" blog.

A Few of the Best Films About Immigrants