The Language of Democracy: Follow this link to find a wide-ranging collection of more than 300 quotes which reveal an array of democratic values, virtues, and spiritual practices.

What Is Democracy? Once we set aside the definitions we learned in school, we begin to realize how complex democracy really is, subject to continually new findings as culture and circumstances change. As an experiment, it is incomplete and depends on each citizen's involvement and even soul-searching to make it flourish. The quotes below represent a few of the dimensions of this multi-faceted project for which we are all responsible.

An Active Exercise
"Democracy belongs to those who exercise it."
— Bill Moyers on NOW

Conducive to Individual Development
"The very essence of democracy is the absolute faith that while people must cooperate, the first function of democracy, its peculiar gift, is to develop each individual into everything that he might be."
— Edwin H. Land from a speech on May 22, 1957

A Criteria for Choices
"We must learn to judge our social and economic choices by whether they empower the powerless, protect the earth, and foster true democracy."
— Jim Wallis in The Soul of Politics

Cured by More Democracy
"The best cure for the ills of democracy is more democracy."
— Edward Abbey in A Voice Crying in the Wilderness

A Daily Matter
"There can be no daily democracy without daily citizenship."
— Ralph Nader, American consumer advocate and political activist

"The death of democracy is not likely to be an assassination from ambush. It will be a slow extinction from apathy, indifference, and undernourishment."
— Robert Hutchins, American educational philosopher

Dependent on Civil Discourse
"When we open wide the doors of public discourse, when we extend civility and respect to all citizens and demand it from them as well, we lay the groundwork for an enriched public discourse that might just make some progress, some move toward greater understanding on the issues that most divide us. When we open our conversations to good-faith reasons of any kind, we make real the possibility of a moral values debate that is intelligent, civil, open, respectful, and fruitful."
— James Calvin Davis in In Defense of Civility

Engagement in Political Discourse
"If democracy is to survive, it requires not merely that we choose those who govern or vote in episodic elections; it requires that we engage regularly and permanently in political discourse. Speechlessness may be the most debilitating form of powerlessness. And the one thing we can be sure of is that democracy cannot be talked to death."
— Benjamin R. Barber in Strong Democracy

Hard Work
"Those who wish to reap the blessings of liberty must undergo the fatigues of supporting it."
— Thomas Paine, American Founding Father

Impossible to Understand without Confronting Conscience
"No search for the meaning of America can turn away from the fact that America was built on the destruction of its native peoples and on the institution of slavery. These two massive crimes stand before us like the angels of Eden with their flaming swords. No entry to a new understanding is possible without confronting them. To a great extent the material success of America rests on these crimes and others like them."
— Jacob Needleman in The American Soul

Inclusive
"Dr. Beatrice Bruteau asks the right question: 'How big is your we?' Can we expand our vision of community beyond our own skin, family, race, tribe, culture, country, and species? Spiritual life is more than what we believe, it also includes how we relate. Who is included in the we and who is not? That is both a spiritual and a political question. How we answer it will likely determine or future."
— Jim Wallis in Who Speaks for God?

"Let us at all times remember that all American citizens are brothers of a common country, and should dwell together in the bonds of fraternal feeling."
— Abraham Lincoln from a speech on November 20, 1860 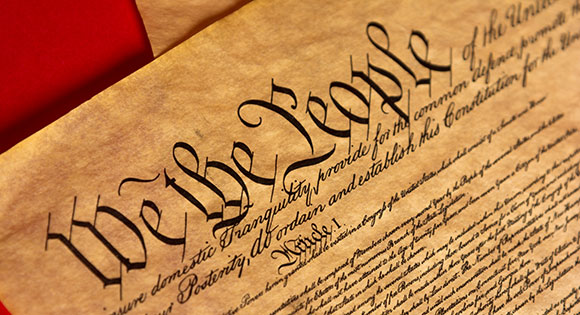 An Inner Search
"The world needs to help America. It sounds strange, but America needs the goodwill of the world for its survival and for its role of sheltering the process of the inner search. This inner search can, of course, and will take place in other parts of the world — perhaps even better and more deeply than in the United States. But the preservation of a world order in which that search can take place depends for now on the success of America. Outer America has made the world safe for commerce; but in doing so, it must make the world safe for the inner America and the search for truth. It is called to sacralize this present world by keeping alive the external conditions and by protecting the inner attitudes that comprise the habitat of the growing human soul."
— Jacob Needleman in The American Soul

Lodged in the Heart
"The human heart is the first home of democracy. It is where we embrace our questions. Can we be equitable? Can we be generous? Can we listen with our whole beings, not just our minds, and offer our attention rather than our opinions? And do we have enough resolve in our heart to act courageously, without giving up — ever — trusting our fellow citizens to join with us in our determined pursuit of a living democracy?"
— Terry Tempest Williams in "Engagement," published by Orion Magazine

Made Up of Citizens' Interests
"Although our interests as citizens vary, each one is an artery to the heart that pumps blood through the body politic and each is important to the health of democracy."
— Bill Moyers in The Nation, January 22, 2007

A Meeting
"It is perhaps what democracy is in the end: a meeting. It is a metaphor too for the turning point we have reached now, a crossroads between fear and understanding. What we will do in the twenty-first century as we face the choice."
— Susan Griffin in Wrestling with the Angel of Democracy

Needed by the Future
"The eyes of the future are looking back at us, and they are praying for us to see beyond our own time. They are kneeling with hands clasped that we might act with restraint, that we might leave room for the life that is destined to come. To protect what is wild is to protect what is gentle. Perhaps the uncertainty we fear is the pause between our own heartbeats, the silence space that says, 'We live only by grace.' Wild mercy is in our hands."
— Terry Tempest Williams, naturalist and activist for ecological consciousness

Not Static
"Democracy is not a static thing. It does not stand still. If we don't keep finding ways to expand and deepen democracy, we will see it diminish."
— Vincent Harding, African-American historian

Of the Citizen
"The Greek root of the word politics does not mean 'of the government' but 'of the citizen (it)' We need a new political gestalt in America: an expansion of the political arena to more accurately reflect not only what we do, but who we are and are becoming."
— Marianne Williamson in The Healing of America

Personal
"For a democracy to be truly alive, vital, and revolutionary, for it to rise beyond abstraction and mere symbolism, for it to become a throbbing head-and-heart-felt presence in our lives, we need to make it personal."
— Laurie Lane-Zucker, ‎Founder & CEO at Impact Entrepreneur Center

A Practice
"We must be free not because we claim freedom, but because we practice it."
— William Faulkner, from an essay in Harper's "On Fear: The South in Labor"

A Promiscuous Word
"Democracy is perhaps the most promiscuous word in the world of public affairs."
— Bernard Crick in In Defense of Politics

Ruled by the People
"Let us never forget that government is ourselves and not an alien power over us. The ultimate rulers of our democracy are not a President and senators and congressmen and government officials, but the voters of this country."
— Franklin D. Roosevelt, 32nd President of the United States

Shaped by a Moral Ecology
"Each society creates its own moral ecology. A moral ecology is a set of norms, assumptions, beliefs, and habits of behavior and an institutionalized set of moral demands that emerge organically. Our moral ecology encourages us to be a certain sort of person. When you behave consistently with your society's moral ecology, people smile at you, and you are encouraged to continue acting in that way. The moral ecology of a given moment is never unanimous; there are always rebels, critics, and outsiders. But each moral climate is a collective response to the problems of the moment and it shapes the people who live within it."
— David Brooks in The Road to Character

A Shared Responsibility
"In a free society, all are involved in what some are doing. Some are guilty. All are responsible."
— Abraham Joshua Heshel, Jewish theologian

A Spiritual Thing
"Democracy is a spiritual thing, a participatory effort requiring virtue, debate, intelligence, and modesty. Plutocracy fits a superpower much more readily; it is far more efficient: government of the few, by the few, and for the few."
— Matthew Fox in Spiritual Perspectives on America's Role as Superpower

Under Siege
“The body of democracy is on life support and the wounds now being inflicted upon it are alarming. This certainly raises questions about what role educational institutions should take in the face of impending tyranny. At the heart of such efforts is the question of what education should accomplish in a democracy under siege.”
— Henry Giroux, talk at McMaster University Library, March 2017