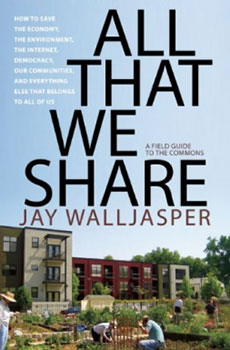 All That We Share
by Jay Walljasper considers the disrepair of democracy and observes that the time is ripe for the newly emerging commons movement. 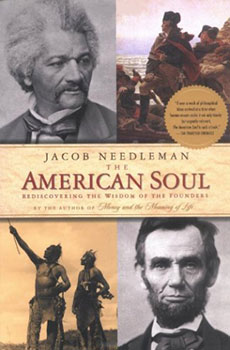 The American Soul
by Jacob Needleman encourages all citizens to join in a most important task: to reimagine and bring to life the spiritual underpinnings of the United States. 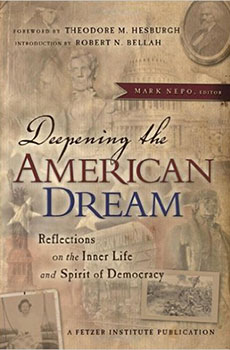 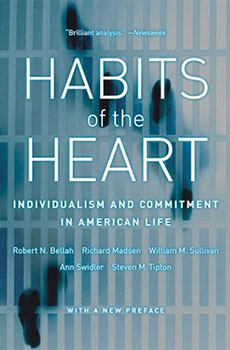 Habits of the Heart by Robert N. Bellah and others sets out to identify "what resources Americans have for making sense of their lives, how they think about themselves and their society, and how their ideas relate to their actions." 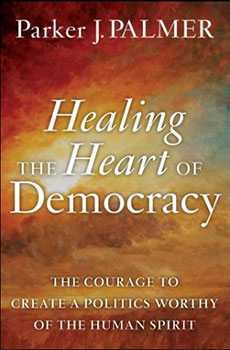 Healing the Heart of Democracy by Parker J. Palmer shows how to practice politics from the heart to help turn things around in the United States. Palmer admits his heartbreak over the sorry state of the nation yet offers much hope. 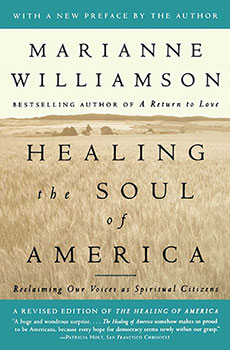 Healing the Soul of America
by Marianne Williamson shows how it is possible to turn "spiritual conviction into a political force." Some of her ideas include citizen salons to discuss issues, prayer vigils, and soldiers for peace. 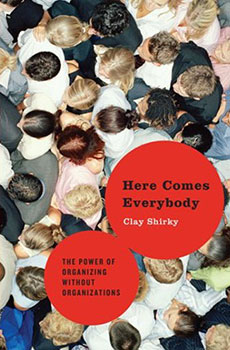 Here Comes Everybody
by Clay Shirky contends that a change in human affairs is taking place thanks to the Internet and related technologies, as communication tools become flexible enough to match our social capabilities. 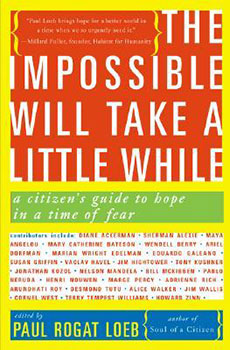 The Impossible Will Take a Little While by Paul Rogat Loeb is a soul-stirring anthology of 50 essays in which some of the most eloquent visionaries of our age explore historical, political, and spiritual frameworks that shape our lives. 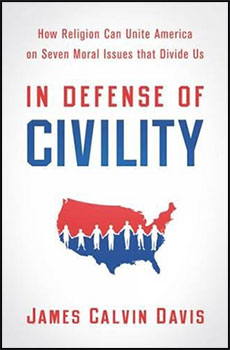 In Defense of Civility: How Religion Can Unite America on Seven Moral Issues That Divide Us by James Calvin Davis challenges religious communities to model civility and to enrich political discourse in America, giving voice to the "quiet middle" rather than to the divisive extremes. 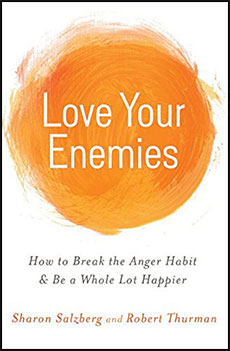 Love Your Enemies by Robert Thurman and Sharon Salzberg presents a variety of spiritual practices designed to spur love for our adversaries, both institutional and internal. 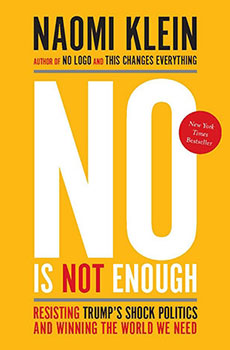 No Is Not Enough by Naomi Klein is a practical guide to the ever-changing "political zeitgeist" and a welcome sign that progressives might work together in a grass-roots resistance that protects life on Earth. 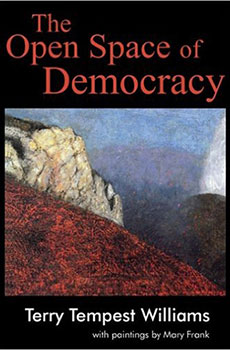 The Open Space of Democracy by Terry Tempest Williams makes a good case for a spiritual perception of our political obligations to seek justice for all and to be good caretakers of the earth. 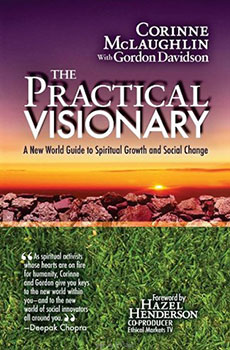 The Practical Visionary
by Corinne McLaughlin and Gordon Davidson offers insights for building a radiant and enlightened civilization, based on synthesis, collaboration, and unity consciousness. 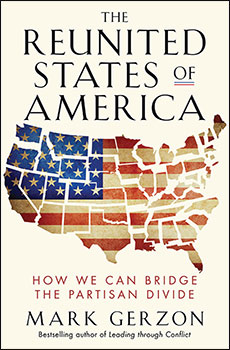 The Reunited States of America
by Mark Gerzon presents a vision of citizenship based on connections rather than division, bridges rather than walls, and using common ground as a gateway to political action. 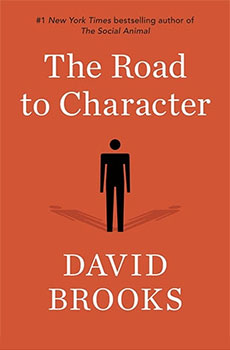 The Road to Character
by David Brooks, a New York Times columnist and PBS commentator, holds up qualities like respect, humility, and sacrifice as virtues vital to a thriving democracy. 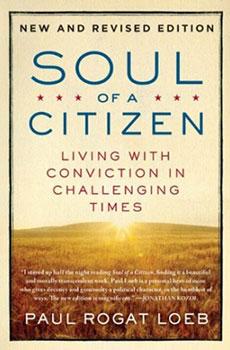 Soul of a Citizen
by Paul Rogat Loeb is a useful handbook full of inspiring stories for budding social activists, veteran organizers, and anyone who wants to make a difference in their communities. 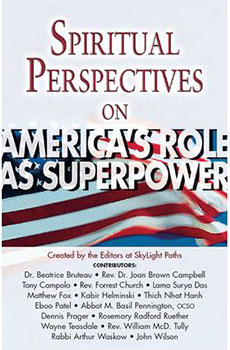 Spiritual Perspectives on America's Role as Superpower by the Editors of Skylight Paths consists of 16 essays by religious and spiritual teachers addressing the role the United States should play in the world. 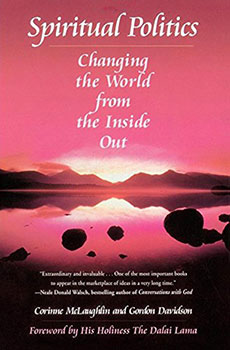 Spiritual Politics
by Corinne McLaughlin and Gordon Davidson offers a daring, intuitive, and psychological reading of politics that puts the accent on the inner unity of humanity and the need for personal empowerment. 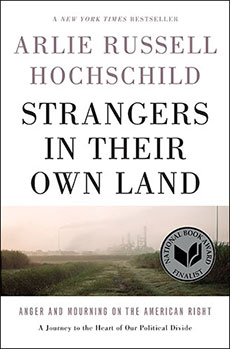 Strangers in Their Own Land
by Arlie Russell Hochschild is animated by empathy for working-class people who have become "strangers in their own land" due to declining wages, demographic changes, and ridicule they endure. 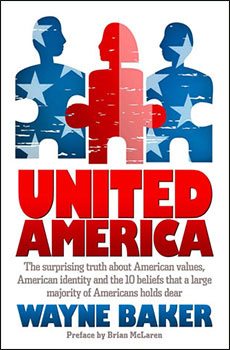 United America by Wayne Baker explores ten core values that a large majority of citizens still believe in, such as respect for others, self-reliance, equal opportunity, getting ahead, pursuit of happiness, and fairness. 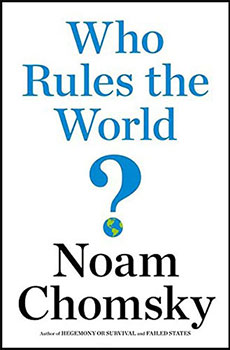 Who Rules the World? by Noam Chomsky is a rousing and prophetic collection of essays which delve into such controversial events as the toll of corporate growth, the expanding class war, and the insanity of nuclear weapons.

The Active Life: A Spirituality of Work, Creativity, and Caring by Parker J. Palmer

Age of Anger: A History of the Present by Pankaj Mishra

The App Generation: How Today's Youth Navigate Identity, Intimacy, and Imagination in Today's World by Howard Gardner and Katie Davis

Alone Together: Why We Expect More from Technology and Less from Each Other by Sherry Turkle

America at War with Itself by Henry A. Giroux

America's Original Sin: Racism, White Privilege, and the Bridge to a New America by Jim Wallis

American Cultural Baggage: How to Recognize and Deal with It by Stan Nussbaum

The Art of Living: Peace and Freedom in the Here and Now by Thich Nhat Hanh

The Art of the Impossible: Politics as Morality in Practice by Vaclav Havel

Calming the Fearful Mind: A Zen Response to Terrorism by Rachel Neuman and Thich Nhat Hanh

The Conscious Activist: Where Activism Meets Mysticism by James O'Dea

The Death of Expertise: The Campaign against Established Knowledge and Why It Matters by Tom Nichols

The Engaged Spiritual Life: A Buddhist Approach to Transforming Ourselves and the World by Donald Rothberg

Family Activism: Empowering Your Community, Beginning with Family and Friends by Roberto Vargas

God's Politics: Why the Right Gets It Wrong and the Left Doesn't Get It by Jim Wallis

I'm Right and You're an Idiot: The Toxic State of Public Discourse and How to Clean It Up by James Hoggan and Grania Litwin

Less Than Human: Why we Demean, Enslave, and Exterminate Others by David Livingstone Smith

The Light of Conscience: How a Simple Act Can Change Your Life by Bill Shore

No Enemy to Conquer: Forgiveness in an Unforgiving World by Michael Henderson

Notes from the Edge Times by Daniel Pinchbeck

100 Amazing Facts About the Negro by Henry Louis Gates, Jr

Reclaiming Conversation: The Power of Talk in a Digital Age by Sherry Turkle

Truth, Beauty and Goodness Reframed: Educating for the Virtues in the Twenty-First Century by Howard Gardner

We Have Met the Enemy: Self-Control in an Age of Excess by Daniel Akst

Worse Than War: Genocide, Eliminationism, and the Ongoing Assault on Humanity by Daniel Jonah Goldhagen