A collection of films demonstrating our relationships with animals.

One of our definitions of reverence in the Project Overview is: "Reverence makes us allies and defenders of animals who are our companions on this earthly journey." Watching these films will reinforce your feelings of respect and awe for animals of all kinds. 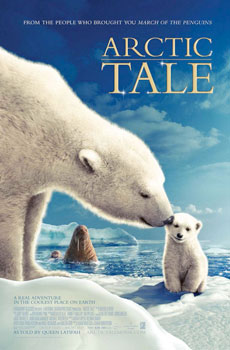 Arctic Tale is an extraordinary documentary that heightens our connection with the lives and destinies of an Arctic polar bear and a walrus. 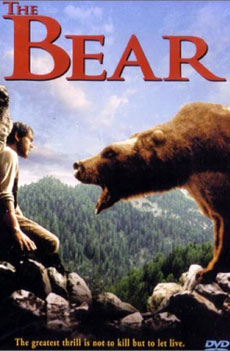 The Bear depicts an orphan bear cub's scramble for survival in the wilderness. It manages to speak out eloquently against the hunting of animals without having to depict killing to make its point. 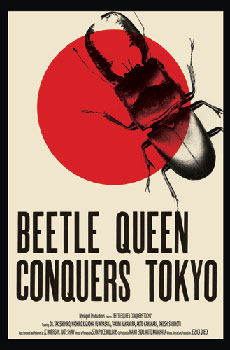 Beetle Queen Conquers Tokyo is a fascinating documentary about the high regard for insects in Japan and the cultural and spiritual reasons behind this phenomenon. 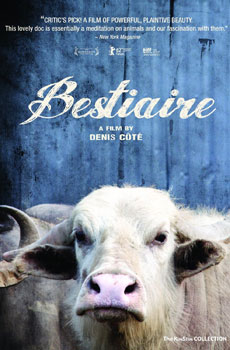 Bestiaire is a meditative movie that turns into a call for compassion for all the animals exploited for entertainment in zoos, safari parks, and circuses. 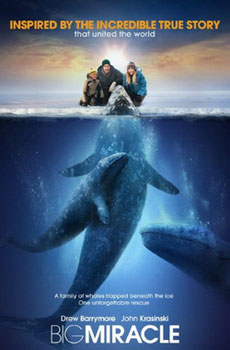 Big Miracle is a thematically rich drama, based on a true story, about the effort to save three whales trapped in the Arctic ice. It demonstrates how reverence for animals and other groups can arise when communities work together. 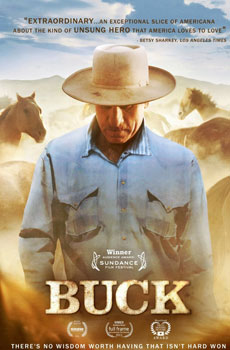 Buck is an eloquent documentary about a horse-whisperer who uses gentle and respectful techniques for training horses. He is a gifted spiritual teacher who serves as a bridge between those who attend his clinics and the horses they love. 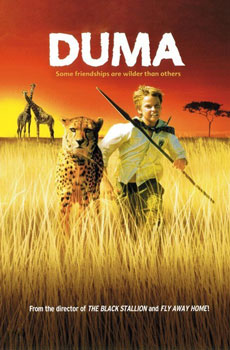 Duma is the story of a family raising a baby cheetah in Africa. It's another film from director Carroll Ballard that demonstrates his reverence for the mystery of wild animals. 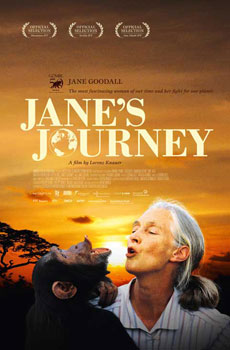 Jane's Journey is an engrossing portrait of the public and private lives of Jane Goodall, one of the world's leading figures in animal research and wildlife conservation. Her pioneering study of chimpanzee behavior has transformed our understanding of the relationship between humans and animals. 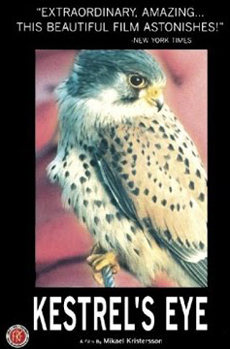 Kestrel's Eye trains its cameras on two kestrels (European falcons) perched in a nook near the top of a 13th century church steeple in a Swedish town. The filmmaker shows great respect for these birds and their way of life. 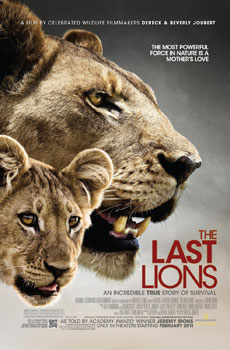 The Last Lions is an engaging documentary that focuses on a fierce and creative wild lioness in Botswana who is doing all she can to nurture and defend her cubs as they face one challenge after another to survive. 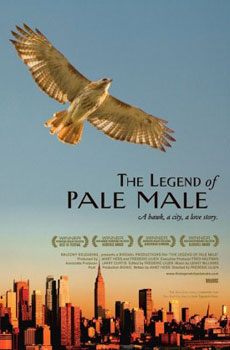 The Legend of Pale Male is a crowd-pleasing documentary about the adventures of a wild red-tailed hawk and the people who love him in New York City. 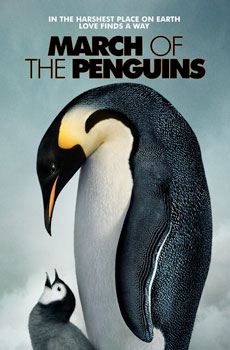 March of the Penguins is an engrossing French documentary on the lives and habits of Emperor Penguins in Antarctica. 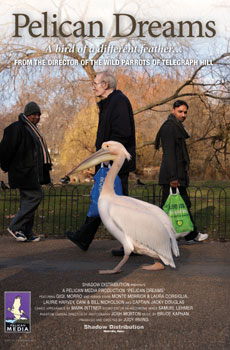 Pelican Dreams cherishes the beauty of an injured pelican and her journey back to the wild. Project Nim is a thought-provoking documentary about the calamitous consequences of raising a chimp as if he were a human. Queen of the Sun: What Are the Bees Telling Us? is an inspiring documentary about what beekeepers and other sensitive souls are doing to save the bees who have been leaving their hives and dying in large numbers. Quill: The Life of a Guide Dog is a heart-affecting Japanese film about a patient, skilled, and loving seeing-eye dog and his brief life of service. Rise of the Planet of the Apes is a sci-fi thriller that touches the heart and is sure to create many new and enthusiastic animal activists who agree with the premise that apes are part of a community of equals with humans. Running Wild: The Life of Dayton O. Hyde is an inspirational documentary about a cowboy who models the spiritual practice of reverence in his vocation of protecting wild horses. Seabiscuit is a robust story of an underdog horse and three nobodies who join him in a quest that turns into an adventure for the whole country. True Wolf is a tribute to a wolf who was raised by a loving couple to become an ambassador for her species. Two Brothers is a fascinating film about two wild tigers and the human beings who are changed irreparably by their encounters with these magnificent and mysterious creatures. The Wild Parrots of Telegraph Hill profiles a gentle, caring, and sensitive man who models for us the empathy and respect we should have for all animals large and small. The Witness is a shocking documentary about an animal lover's crusade in Brooklyn to alert the public about the trapping and slaughtering of creatures for their fur.